Nonprofits raise anywhere from 50-70% of their annual funding at ‘year end’ — generally noted as the final three months of the calendar year — with up to one-third of total online donations made in December alone.

From events to appeal letters, social media to text initiatives and full-blown campaigns that utilize a number of these tactics simultaneously, here are some examples of inventive year-end fundraising appeals that convincingly tell the organization’s story, give tangible examples of a donation’s impact to the cause, and convey urgency to donate before the year is up. Pet welfare is an important part of Subaru‘s philanthropic identity.  In 2008, the auto manufacturer’s charitable efforts focused for the first time on an annual campaign to find loving homes for canines in need of one — and so was born the Make a Dog’s Day initiative.  Subaru and its dealership centers partner with local shelters in its trade areas to help ensure that these ‘Underdogs’ (Subaru’s affectionate moniker for pets in need of adoption) get placed in a loving home.

THE CHALLENGE:  ELEVATING TO THE NEXT LEVEL

Through its successful pet adoption and welfare campaign, Subaru not only provided a solution to a charitable need, but in the process used its unique idea to carve out an ownable niche in its giving portfolio — the only pet-related cause in its industry.  The initial ascension was off to a good start. The next challenge: how to get to the mountaintop.

Subaru hunkered down with research partners to analyze the strengths and shortcomings of its campaign to date, identified opportunities to make more of an impact, and created roadmaps to get there. Knowing that pet owners/lovers/advocates are known to be among the most loyal groups in the marketplace, the message of the campaign was its power. From here, it was simply a question of getting more familiarized with the members of this group, pinpointing the media they’re most engaged with, and determining the most effective messaging and marketing to not only captivate them, but also convince them to act as ambassadors for the cause by pushing the message to their family, friends and colleagues.  Furthermore, the campaign was augmented with a series of year-round pet adoption events at Subaru dealerships and partner shelters that were back-end loaded towards year-end.

THE SOLUTION:  STARTING A NATIONAL #MakeADogsDay, LEVERAGING THE POWER OF TWITTER

In 2019, Subaru, in an effort to raise its commitment level to the cause, declared October 22 the inaugural ‘National Make A Dog’s Day’ as an avenue to raise awareness and invite pet lovers around the world to join the conversation of pet adoption and welfare. As the official national day declaration gained momentum, it gained equity to the point where every October 22 since has become known as the annual National Make a Dog’s Day – building more exposure with each passing year.

Subaru’s demographic research, along with Twitter‘s increasing voice in the social media world, made the outlet a natural place for Subaru to extend its campaign; according to the platform, nearly 70% of Twitter users have pets….and 80% of those post regularly with/about their furry friends.  Further research also showed that nearly half of U.S. consumers believe that brands should align with charitable movements that ‘benefit society as a whole,’ and brands that have done so were more than twice as likely to include Twitter in their launch plans.

Subaru enlisted a ‘tease, reveal and sustain’ strategy for its Make a Dog’s Day campaign. Starting with borderline-cryptic awareness tactics to create a buzz and a need among its audience to pine for more information (the ‘tease’), Subaru then completed information-sharing to fill the gaps set by the first step (the ‘reveal’). Finally, the company drove mass awareness to own the conversation, capitalize on the buzz generated and keep the campaign top-of-mind with its audience (the ‘sustain’).  This tactic, combined with the branded #MakeADogsDay tag, a custom emoji and investment to own the top ad slots for its paid audience, helped Subaru own a large share of the Twitter space for the term of its year-end campaign. 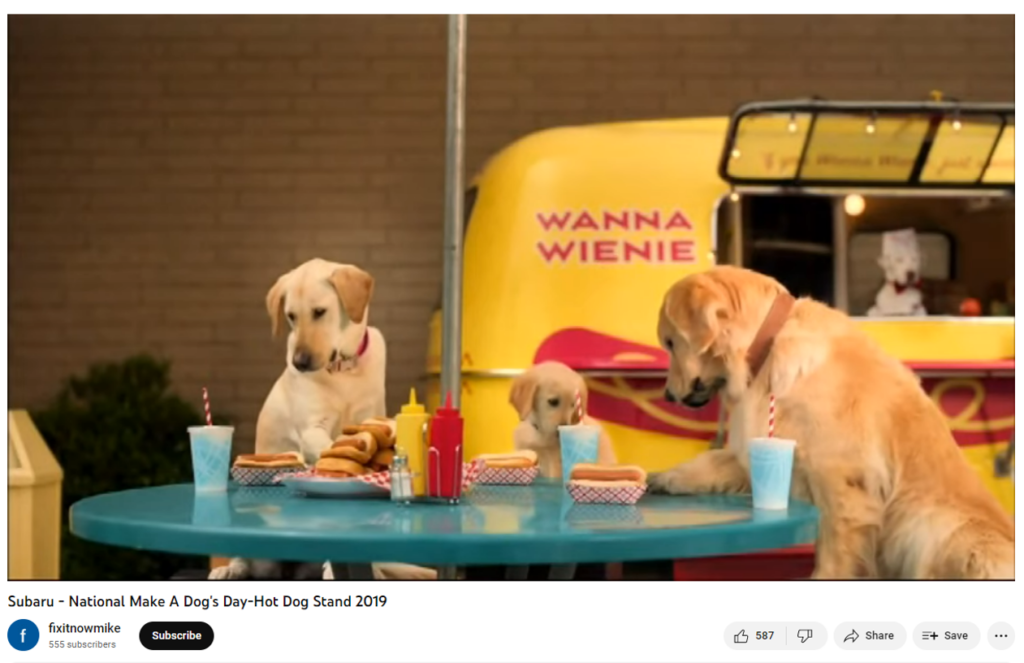 Since the inception of Make a Dog’s Day a dozen years ago, Subaru and its partners have donated over $42 million to national and local organizations, impacting the lives of more than 1 million pets.  Its commercials and videos such as this one have been viewed more than 10 million times, with hundreds of thousands of brand mentions via #MakeADogsDay tagline shares (many of whom were shares of peoples’ own personal Underdogs) and a brand mentions that achieved 23 times the base on October 22.  Lastly, the positive sentiment rating (calculated from all cumulative reactions and comments to messages) checked in at a perfect 100%.

Subaru’s Make A Dog’s Day program, which started a little more than a decade ago to promising initial results, has now enjoyed the fruits of a fully-immersed ongoing campaign taken to new heights by allowing Twitter to be its megaphone.

The Garces Foundation is a community-based nonprofit committed to providing Philadelphia’s underserved immigrant population access to educational, healthcare and other resources, with a mission of empowering them to realize their potential as citizens and enjoy the highest possible quality of life.

The foundation was started in 2011 by Dr. Beatriz Garces, a Philadelphia-area dentist who helped a local immigrant butcher named Felipe — suffering from terminal thyroid cancer — return to Mexico where he could be with his family before the disease finally took his life. In tribute to Felipe, the Garces Foundation was founded with the purpose of ensuring that the immigrant community will always have access to affordable resources they need and deserve to live healthy and educated lives. 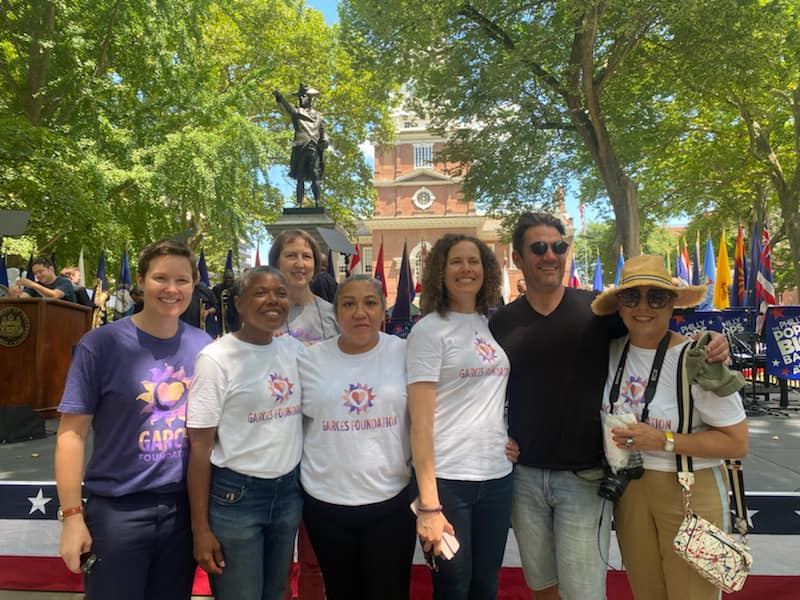 THE CHALLENGE:  SURVIVING WHEN COVID-19 STALLS AN EVENT-BASED GIVING PROGRAM

Like many nonprofits, the arrival of the COVID-19 pandemic in 2020 (and resurgences in 2021) severely hindered the foundation’s fundraising ability.  The pandemic forced the nonprofit to shutter its annual benefit in both years, use its reserves to start a food pantry to serve its beneficiaries, and investigate ways it could keep support coming in via other avenues so there was minimal disruption to its impact. Additionally, COVID threw a logistical wrench in each of the foundation’s key programs, which were all historically executed in-person:
Not being able to facilitate much of its in-person initiatives (from a programming AND fundraising standpoint) required some creative thinking.

THE SOLUTION:  PIVOTING FROM IN-PERSON TO ONLINE GIVING

As online giving would be the most promising game in town (at least in the short term), the Garces Foundation went all in on all the online giving tools available to it.  The foundation approached its donor and prospect outreach from a segmented perspective — grouping by such things as amount and frequency of average gifts, years of engagement with the cause, and giving/volunteering ratios — which allowed them to not only tailor their appeal messaging by these specific characteristics for a more personalized interaction, but also to more effectively receive and address feedback for strong stewardship. This adjustment was made in alignment with a stronger concentration on recurring donations, as opposed to a more ‘blanket’ approach that included ineffective focus on parts of the base who hadn’t donated in years.
There were also changes in how the Garces Foundation communicated to its donor base. The foundation had historically sent a quarterly newsletter; the new approach upped the frequency to twice monthly.  Another tool it employed: using video not only to thank donors, but also to take them into the classrooms to demonstrate impact. 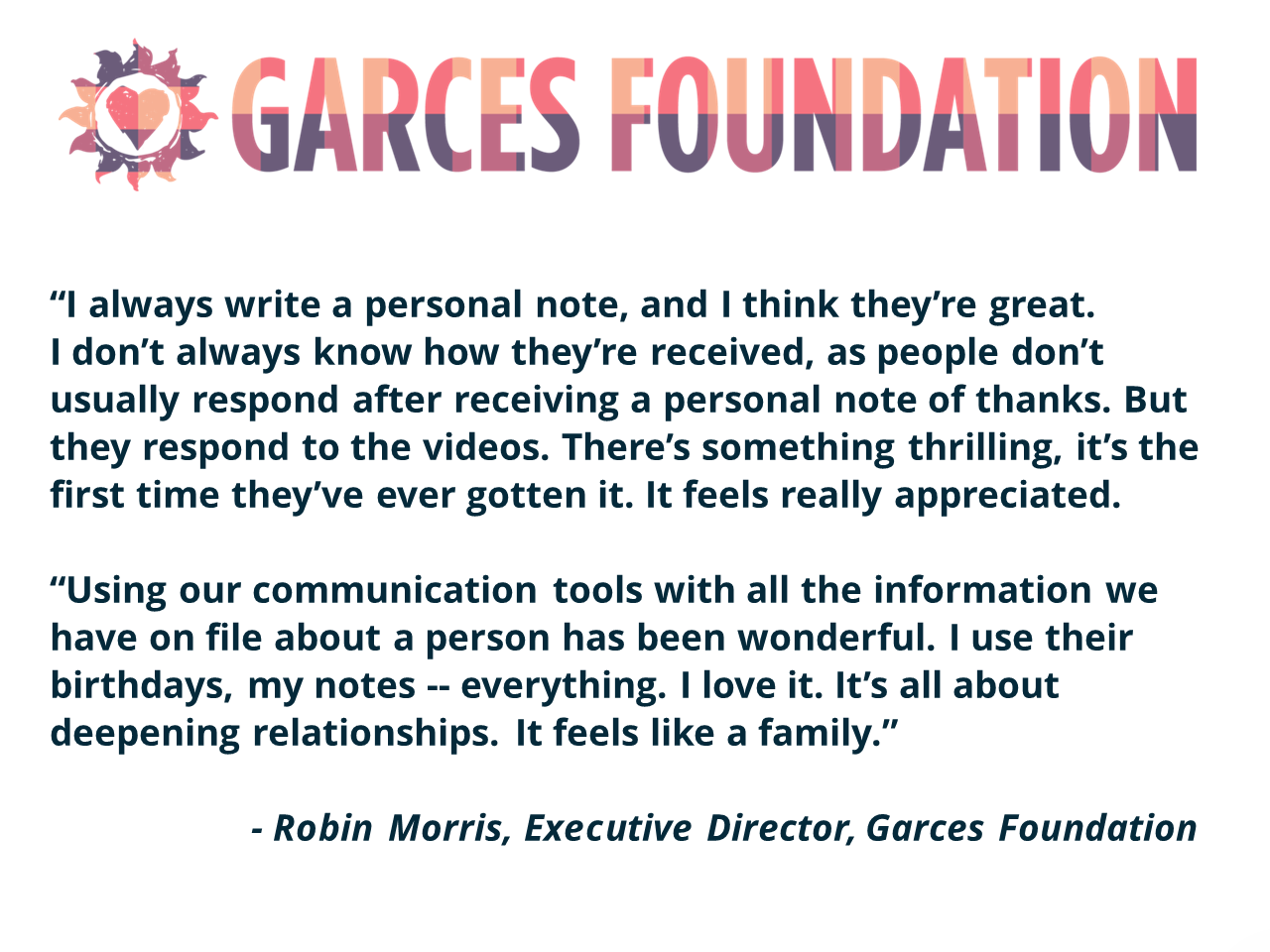 This renewed focus on cultivating relationships with the Garces Foundation’s donor base (as opposed to relying on benefit events) have led to impressive results. The organization’s retention rates skyrocketed, with donations raising from $47,000 in 2018 to over $70,000 in 2020 with this modified approach — a +49% two-year increase.  Robin Morris, Executive Director of the foundation, had this to say about the results: “We had our best year ever….we followed the new strategy with a focus on personal engagement, and our audience got to know us better. They were invested in stories we shared. It was more like an emotional connection than a traditional appeal.”
And gains in revenue have consequently buoyed the foundation’s programming capacity. Their English language classes hit record enrollment, and the nonprofit vaccinated more than 100 restaurant workers at its health clinics. Said Ms. Morris, “We’re doing a lot, and it’s because we can raise the money to keep doing it….deepening relationships, sharing stories with the new classes we’re doing. We’ve never worked this seamlessly.”
Find out more about The Garces Foundation here.

A CHURCH THAT GREW ITS DONOR BASE BY +200%:  ST. TERESA OF AVILA CATHOLIC PARISH

Like many parishes around the U.S., St. Teresa of Avila’s base of active and engaged parishioners had declined substantially since the turn of the century. A Catholic community of faith established in 1889 in the Ranch Triangle neighborhood on Chicago’s North Side, the church’s attendance at services had slipped, and it was struggling to get those who were not attending — either regularly or at all — to financially support the institution.  Furthermore, its location in the city made it even more challenging than many suburban churches facing similar hurdles.

St. Teresa of Avila needed a way to successfully increase its Sunday Offertory collection in its current environment of downtrending attendance (St. Teresa’s was trending -18% from 2000 to 2018….before COVID even hit). Once the pandemic struck and in-person services were paused, donations plummeted even further — making a turnaround even more critical. 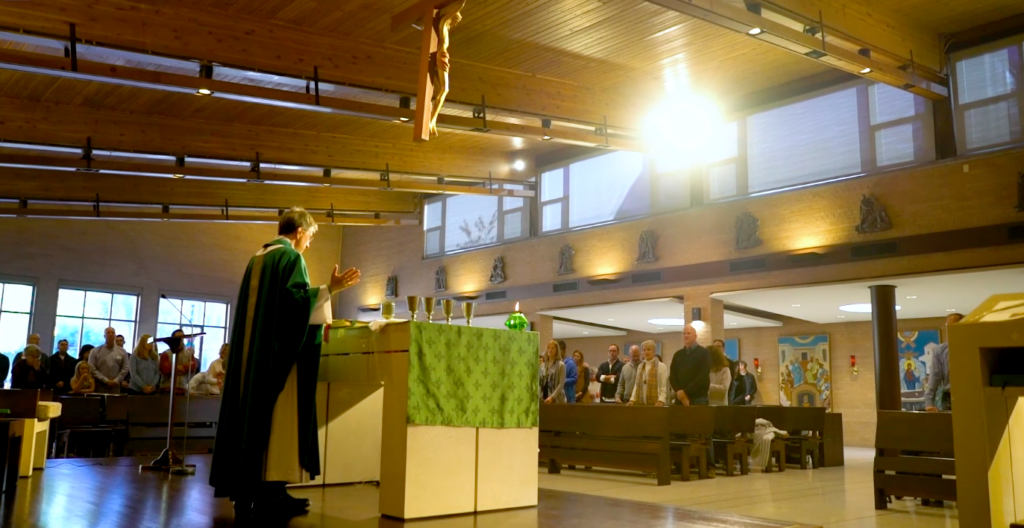 After careful consideration and consultation with staff and parish members, St. Teresa of Avila decided on a goal of bringing 100 new parishioners on board. Realizing that they were more likely to achieve their benchmark with multiple available avenues of giving, the parish went all in, enhancing its online platform and using it as a tool in its new member recruitment, registration and parish training.  The church committed to a concerted effort to ‘bring their parishioners along’ in the journey through ongoing transparent communication with current members, implementing initiatives within its existing new membership appeal, and relying on the existing membership to do their part in the heavy lifting needed to make 100 new parishioners a reality.

The 100 Campaign included several approaches working together for the common goal. The campaign was addressed extensively during Sunday homilies, lay witness talks from parish members, post-Mass follow-ups and new member recruitment incentives, as well as personal emails, phone calls and direct mail efforts to prospects within a 7-mile trade area.

The 100 Campaign strategy St. Teresa of Avila set forth accomplished its goal of signing up new parishioners, increasing regular and recurring donors by more than 100 over only four weeks (the parish registered 30 new donors in week 1 alone). Total online donors grew +208% (from 130 to 401), its Sunday Offertory saw a +433% increase during the campaign — and in the eight weeks following the 100 Campaign close, total online donations rose by +70%.

Rebecca O’Brien, Director of Stewardship for St. Teresa’s, was exceptionally pleased with the results. “When we did the 100 Campaign, people weren’t just increasing (their giving) by 5 percent; they were increasing by double (digits).  To give our parishioners the options to give no matter where they are….it’s been great.”

We hope you cultivated a few tips from these success stories to help your own year-end appeal. If you’d like to discuss how to perfect your appeal plans, please reach out to us!