Scottish Snowplows and You – Little Ideas for Big Impact 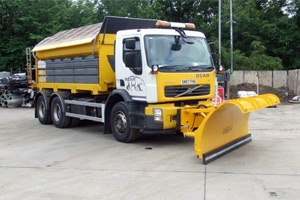 So first an English lesson, since we are, in the words of George Bernard Shaw, “Two peoples separated by a common language”

A Gritter is a Snowplow/Salt Spreader

The results are hilarious. For Your Ice Only. Grittie McVittie. Gritty Gonzales. Sir Salter Scott. And on and on.

So how is this an idea for nonprofits?

Imagine a food bank with multiple delivery vehicles. They’re probably already tracked, so offer the naming rights to your major sponsors and feature tracking on your website. Not only is it an additional revenue stream, but you’re also showing the impact of your efforts in real time. No longer are you just a pantry or warehouse, but you can show the reach, breadth and impact that your efforts, and your donors contributions, have in your community each and every day.

But the real idea here is to look at what you do, and try to find new ways to show that impact not only to the general public, but to your own donors and staff. I mean driving a snowplow may be your job and seem tedious at times, but driving around in Ready Spready Go? Well that’s got to inspire some pride and sense of purpose.

Join our newsletter to get the latest information.
DonorPoint ® 2021 |  by Mobkii
Menu