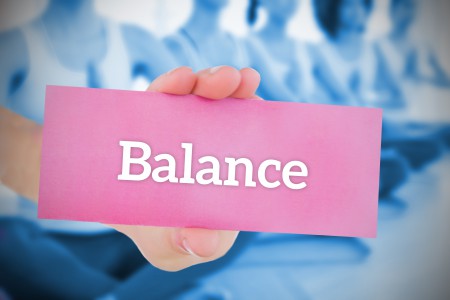 A beginning yoga practitioner knows a pose is all wrong when she wobbles and falls over. She returns to center, refocuses, and tries again. Her yogi(ni) guides her to the proper position so she can feel what “right” feels like. Now, when she drifts off the mark and wobbles, she makes a small adjustment until she feels “right” again. Then, a new pose is introduced into the flow and the process begins again. She moves continually from pose to pose to pose and back again until the session is ended and she indulges in a moment of reflection.

Think about each of your fundraising activities as a pose. Liken your KPIs to a yogi’s guidance. Throughout the year, you move from one activity to the next. If you host an event and no one shows up, or you initiate a campaign that raises no funds, you’ve clearly fallen over. But assuming that flops are rare, the challenge really lies in knowing what small adjustments need to be made to ensure that you are getting the most out of each activity.

First, an overall goal needs to be established. For this, there are three places one might look for guidance:

Ideally, all three of these can be considered simultaneously to provide an overall measure of success, and for fundraising activities, maybe this is always measured in terms of money raised. Below are total funds raised with a (fictional) New Year’s Eve soiree held for 3 consecutive years:

Was this a successful event in 2012? That depends. If the organization expected to fill a $30,000 gap in the annual fund, then no, it was not successful. If the organization expected to earn $12,000 to initiate a new program, then it did every well. If the success of the 2012 event is measured in terms of the event’s performance in 2011, then it looks great. If similar organizations hosted similar events and raised an average of $55,000, then maybe this organization can make some adjustments. What I’m trying to say is that without context, it’s impossible to gauge success.

So, it’s important to find context not only by setting internal goals and measuring success against past performance, but also by looking outside oneself for guidance. Once an overall goal has been established, KPIs (Key Performance Indicators) need to be considered as well. These should help you identify why overall performance looked the way it did and what adjustments can be made to improve it. (Be careful to limit your KPIs to a few).

Let’s say that the overall funds raised are in keeping with those raised by other similar organizations who hosted similar events. As the event planner sits down to begin planning the 2014 event, she can look at this more detailed analysis and identify levers that might be adjusted to try to improve the outcome. In this example, there are a few things this data tells us:

1. Attendance increased by 33% when dinner was included

2. A $50 ticket price saw attendance decrease 37% from the previous year

3. Average funds raised per attendee is 47% higher when there is an open bar

Why these adjustments in 2014? Based on the identified KPIs, there are 4 variables that can be manipulated to try to affect the outcome of the event: # of auction items, menu, ticket price, and bar. Data indicates that attendees want dinner included, so include dinner. It seems that attendees give more generously when there is an open bar, but in the interest of reasonable ticket prices, opt for a cash bar instead. Split the difference between the $25 ticket price and the $50 ticket price and get $37.50, round up a bit while keeping the price under $40.00. Finally, auction items – it’s not clear whether or not auction items have an impact on donations, but logic seems to say that the more auction items available, the more incentive attendees have to participate, so offer 20. This provides a point of comparison with 2011 once the event is over.

Once preparation is complete and the event is being promoted, real-time analytics are critically important. Only if trends are easily visible and reviewed regularly can the necessary small adjustments be made to ensure the best possible outcome for the event. If ticket sales are lagging, a short-term promotional discount can be introduced. If auction items are lacking, more appeals to business in the community can be made. Organizational yoga is a lot of work! It requires good planning, real-time reporting and nimble reactions to what those reports reveal, but at the end, you can “ohm” with the knowledge that you did the work and took a balanced, informed approach.